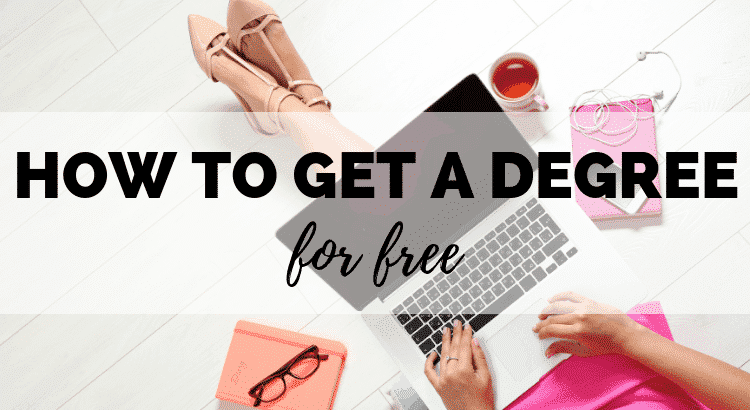 Education can be the key to earning more money, whether you want to use your skills to score a raise, or even start a whole new career!

But on the flip side, qualifications don’t come cheap. Studying for a degree can land you with a huge debt, which could have a negative impact on your finances for years to come.

Luckily, Steph from Debt Free Family has some clever hacks for getting a university-level education for free – or next to nothing!

In this awesome guest post you will learn how to get genuine qualifications from real universities to improve your skill set and make more money.

Anyone remember when you could enroll at your local higher education college for free? If you can’t, that might be because it was over 20 years ago!

Long gone are the days you could improve your typing speed with an evening course or learn to plaster to take on a bit of extra work at the weekends with out forking out a shed load of cash. Even when taking the plunge and totally changing careers, there were many things to think about. Tuition fees, however, weren’t one of them.

Few of us would turn down the chance of a higher salary at work and as the saying goes, ‘the more you learn the more you earn’.

Every new skill learned improves your promotion prospects, and shows employers you’re valuable to them. 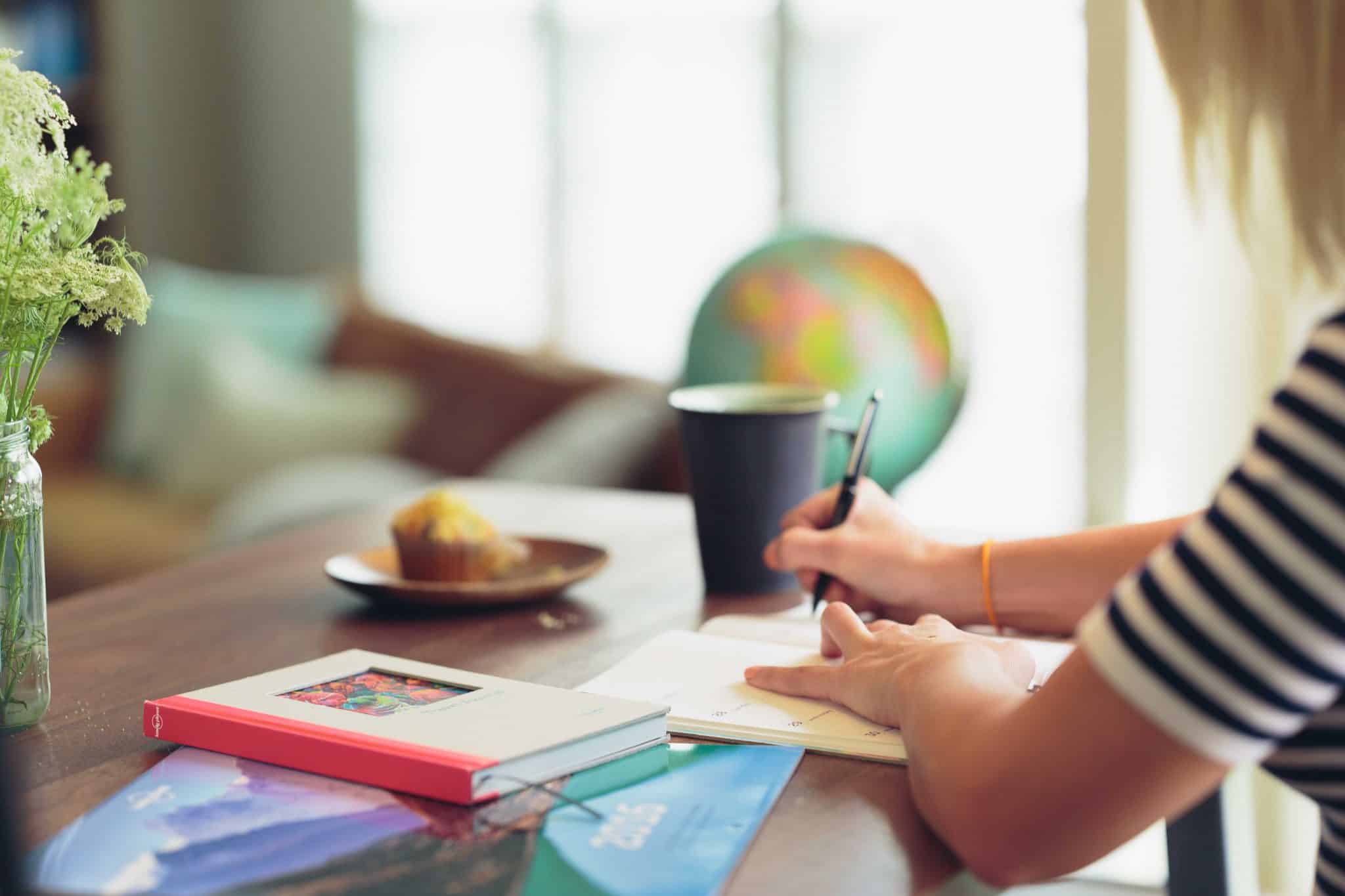 Learning is obviously not the only way to a higher income, as proven by countless entrepreneurs who’ve bucked the trend by leaving school without a single qualification. But it is a way though and if you’re someone who’s stuck in a job, not earning enough and feeling as though you’re not able to move up because you lack the skills, going back to school might be something that’s crossed your mind.

It’s not known to be a cheap option. Education in the UK is expensive and only seems to get more expensive as time goes on. The average degree (tuition fees and living costs) in 2019 will now cost £45k. That’s a terrifying sum and will, frankly, send my finances soaring in the wrong direction.

So what are the options for upping your skills, making yourself more employable or enabling yourself to apply for that promotion? ( Or, deep breath… changing careers altogether.)

Well, it turns out that there are a few options that let you study for FREE!

For the savvy student it IS possible to take a course, and even get a degree without paying through the nose for it. 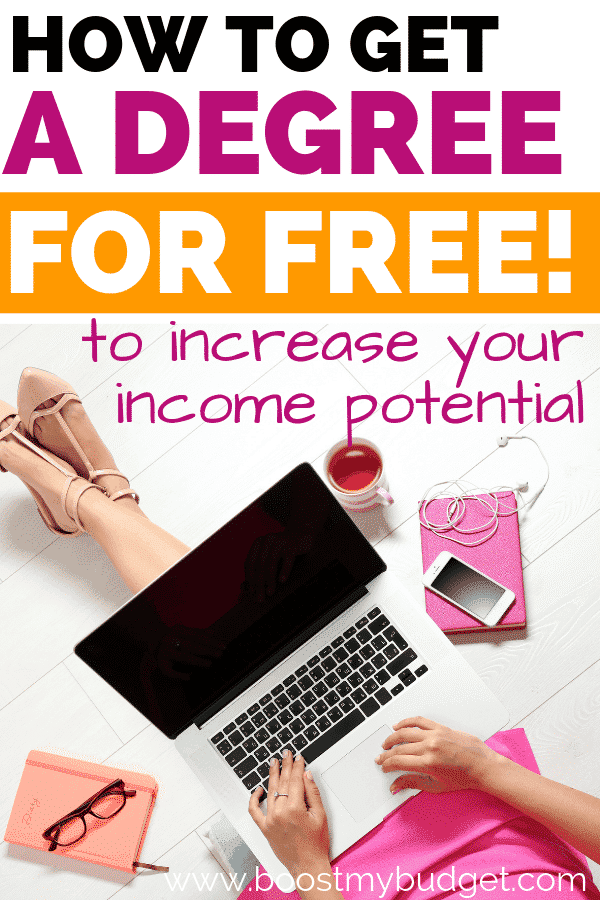 The University of The People

The University of The People.

I love this concept. It’s a concept born from the frustration that so many people don’t have a basic right to education. I’m not talking about the UK where we do, but worldwide.

Although not UK based (it’s actually based in California) the degree it’s licensed to award is a Distance Education Accrediting Commission (DEAC). In English, to you and I this means that it’s an American awarded degree and treated by employers as such.

The courses are a little limited. At the moment, they offer degrees in education, business, computer science and health science. Ok so they don’t offer the range of a traditional uni, but they do offer a degree, tuition free.

You sign up, and are sent all the resources you need to get started.

You go to a virtual university with a virtual classroom and to be honest, the whole thing feels a little odd. And yet…..it also feels like you’re part of a very modern, new world. You’ll learn alongside people from every corner of the planet. It’s pretty cool. 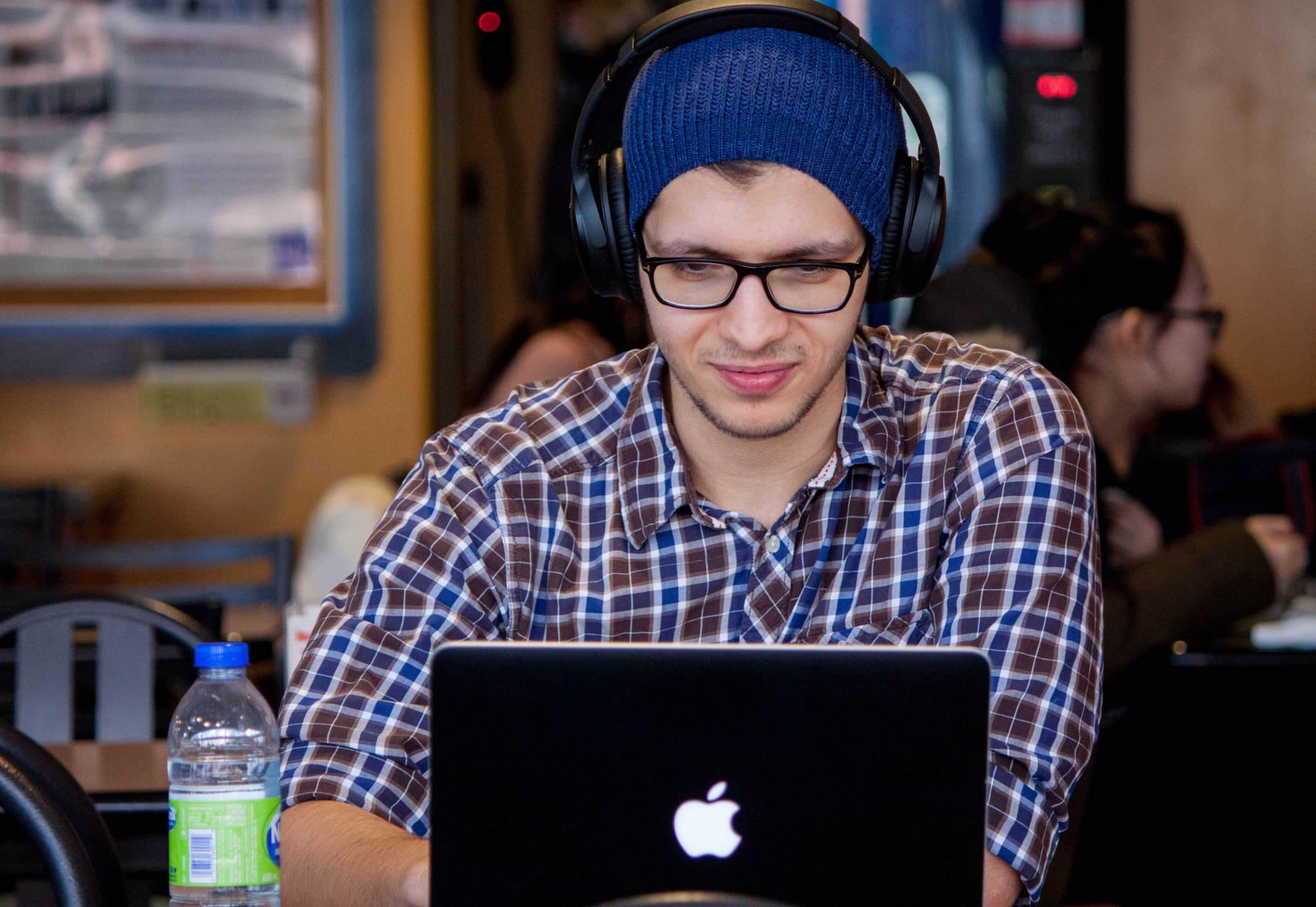 I was concerned with the quality of the teaching but I needn’t have been. It turns out that they partner with some of the world’s most familiar names: Google, Microsoft and Facebook to name just a few.

Are there downsides to this? Yes, like most things.

Firstly, they advertise themselves as being free. This isn’t strictly true.

While it IS tuition free, you pay an enrollment fee (it’s nominal), and you also pay for each assessment you take, of which there are 2 a year. So…..it’s definitely not free, but it’s hugely reduced.

Secondly, it takes time and dedication to motivate yourself to study at home in your spare time, when there’s Netflix! But if you’re someone who see’s the benefits and are prepared to commit yourself then is it worth it? YES.

Incidentally, there’s a great TED talk on this uni that explains more about the concept. But I love it and and think you might too.

One of the better-known ways to get a degree for free is to go down the path of a company, even the one you’re already in, sponsoring your degree.

Many people believe these schemes are for the ‘fresh out of college sixth formers’. I thought they were as well, but they’re not. They’re available to everyone who has the right to work in the UK. Who knows, maybe a bit of maturity might be appealing to an employer!

The Scholarship Hub lists companies offering these degree schemes and the range is huge, from engineering to finance to the food industry to healthcare and beyond.

The benefits of a sponsored degree are massive. Not only does your employer pay your tuition fees but you actually get PAID to get your degree. Paid! To do the degree you wanted to do anyway!

Not to be overlooked is the fact that you likely have a job at the end of it, as most companies who pay for your degree will want to benefit from your skills at the end of it. In fact, 77% of students choose to stay with the same employer after graduating.

This isn’t an easy option, but an amazing one for anyone wanting to get a degree and come out debt free.

The government website has all the info you need to apply for places. 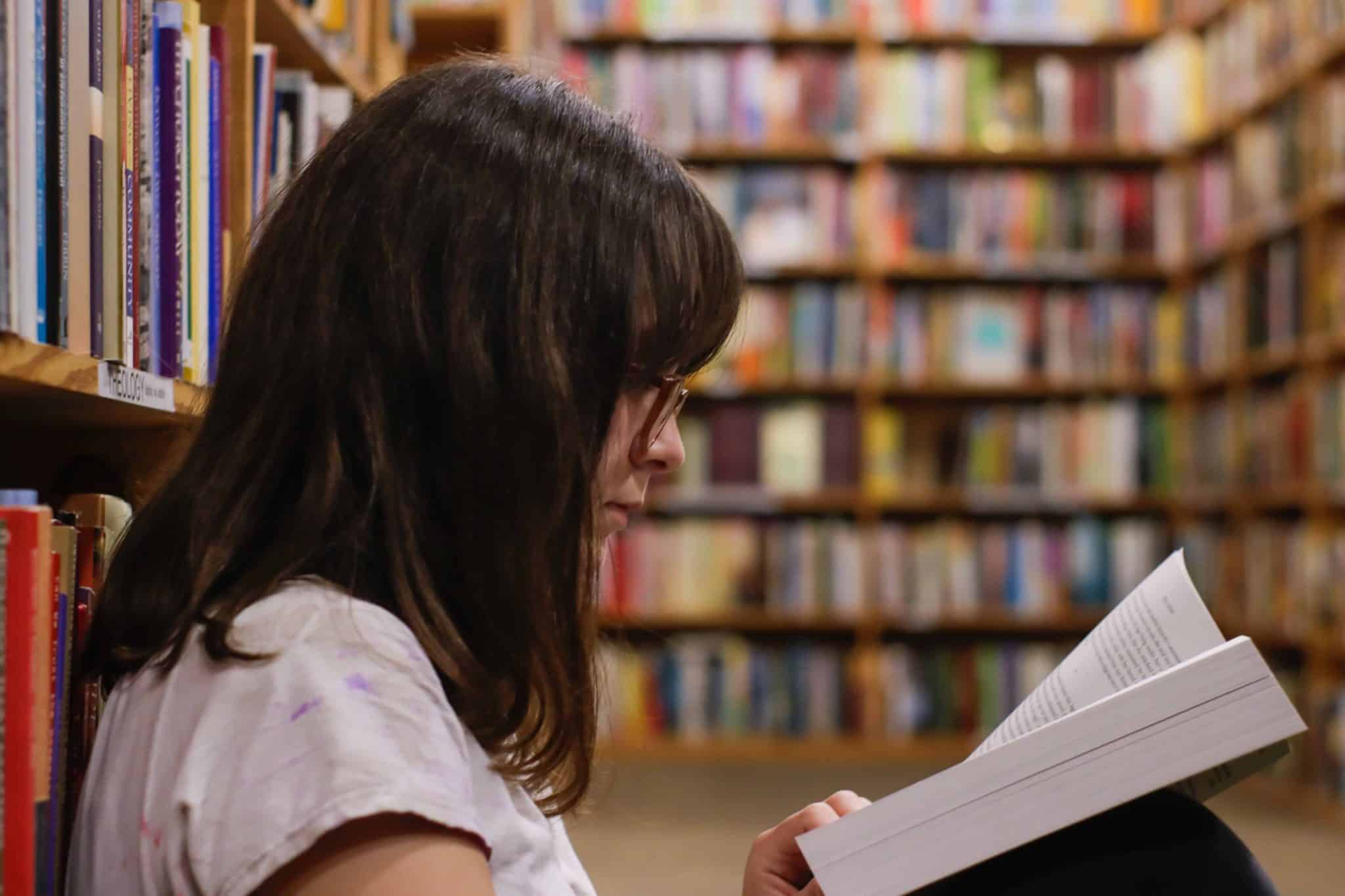 Moocs. Not really a degree

Massive Open Online Courses mean anyone anywhere can access courses from some of the best universities in the world, think Oxford, Cambridge, Harvard and Stanford, totally FREE.

Two bored tutors at Stanford put a course online and opened it, for free, to anyone, and the result a few short years later is hundreds of universities adapting their courses and doing the same thing. FREE courses for everyone.

I’ve done loads of Moocs over the last few years, and can personally say they’re fantastic.

No, they’re not a degree, but they’re an amazing way of finding out what really takes your fancy, what you’d like to take further and what you definitely wouldn’t.

The list of Moocs is endless, I’ve taken courses in nutrition, typography, psychology and a load more besides.

If you want an accreditation for the course you’ve completed, you can pay for a certificate (averaging about £15) but I never have, I just wanted to take the course.

I like the way they’re taught by real professors at real universities, though of course you don’t get any ‘one to one’ interaction from them, there are forums for other students on your course. I’ve met some really interesting people this way.

And though you can’t use the course credits towards a ‘real’ degree, they’re a really good way of learning at your own pace, and fit perfectly into a busy life.

So, here’s a few ways you can learn for FREE, or a lot less than the norm.

And even if you’re not wanting to use education to up your work skills, who knows what new passions you might discover or new people you might meet.

Have a look today while you’re thinking about it and see if anything inspires you. You never know what’s around the corner! 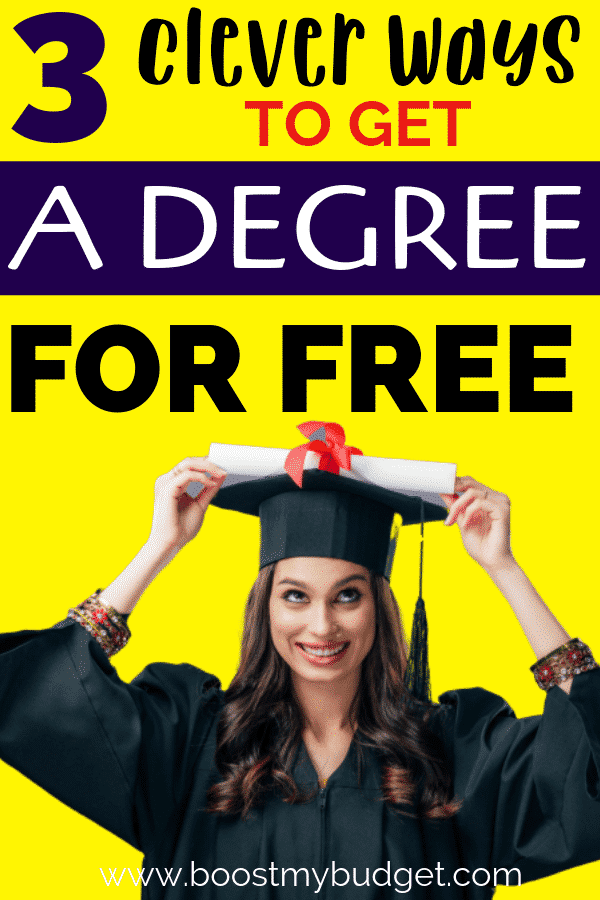 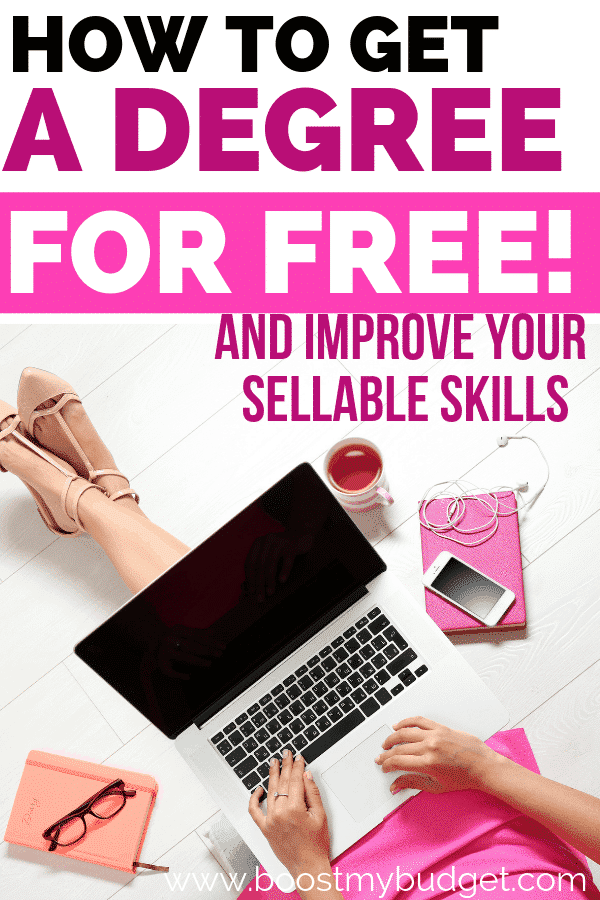 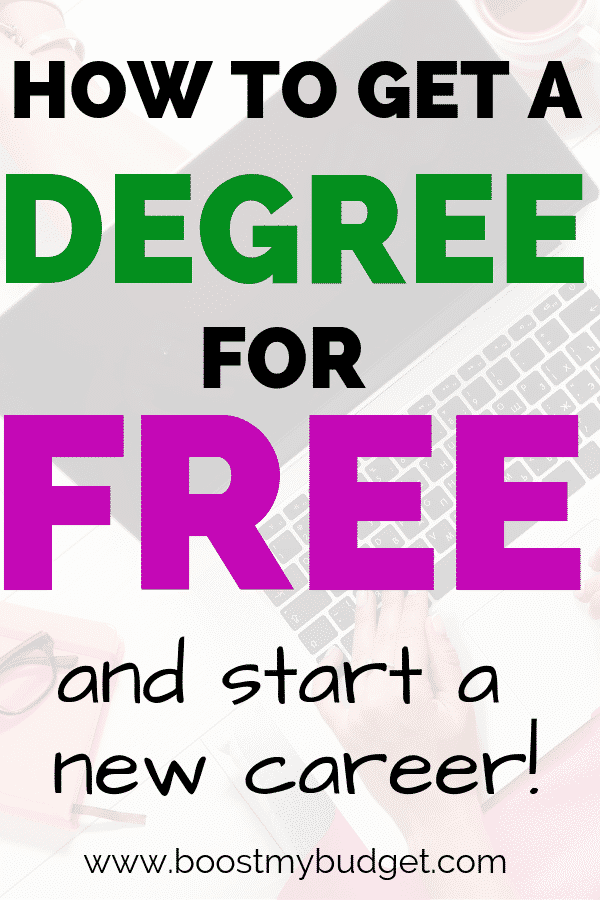