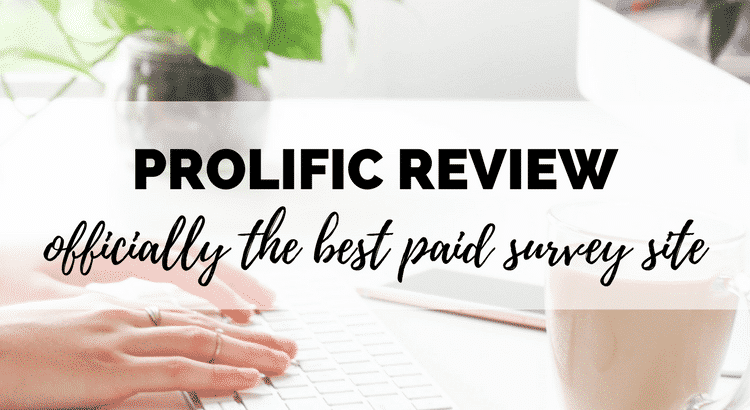 If you’ve ever Googled how to make money online, you’ve probably come across paid survey sites.

Filling in surveys for money is one of the easiest ways to get started making extra money. It’s one of the first ways I tried making money online when I was still a baby sidehustler!

Recently, I haven’t spent much time on surveys because I’m working on other streams of income. But there’s one survey website I have been using recently, and that’s Prolific.ac.

In my opinion, the Prolific survey site is by far the best survey site out there! It’s the only one I bother with nowadays, but I still receive a nice extra income from surveys each month, from Prolific alone!

Read on to find out why I love it.

Disclaimer: the links in this article are referral links. That means if you sign up for something through my links, I may receive a small bonus at no extra cost to you. Thank you for supporting my site 🙂

What is Prolific Academic?

Prolific was previously called Prolific Academic, and you will see a lot of people still call it by that name. It’s a survey site set up for academic (university) researchers to conduct their research.

The ‘surveys’ are actually studies posted by researchers from universities all over the world. This means the surveys are a lot more varied and interesting than other survey sites I’ve tried.

Plus, your results are helping scientists and academics to create new findings and write their papers. You are ‘helping to advance human knowledge’, as they put it on the site! Your answers may contribute to a report to be published in an academic journal or book. Of course, your name and identifiers will always be anonymous.

Why is Prolific Academic the best survey site?

There are two main reasons to love Prolific:

Most surveys take way less than one hour to complete (typically 10-20 minutes), but they ‘average hourly rate’ function is a useful way to compare surveys and see which one offers best value for your time.

You can also see the name and contact details of the researcher, and you can message them through the site if you have any problems.

They also always give you a bit of background about the researcher, the project they’re working on, and how your answers will be used. Maybe this isn’t interesting to everyone if you’re only in it for the money, but personally I love this, because I get to feel like I’m actually doing something useful!

Basically, I like Prolific because they treat you like a human. You always know who’s behind a survey, they don’t waste your time, you can always get in touch with someone, and you can even take back your survey after it’s submitted if you change your mind.

So if you’re wondering what is the best survey site, don’t look any further – sign up with Prolific now.

These are the reasons why Prolific is pretty much the only survey site I bother with these days.

How much money can you make on Prolific?

Prolific Academic is proud to be one of the best paying survey site online. The fee for each survey differs, but the average fee should be equivalent to a minimum of £5 per hour.

Of course, most surveys don’t last an hour but it’s worked out as an average. So a 15 minute survey should pay at least £1.25.

Of course, £5 per hour is not a huge amount of money and it’s certainly below the minimum wage. That’s why I’ve mostly stopped doing surveys in favor of building up longer term businesses (like blogging).

However, sometimes surveys appeal because you just need some quick cash, or you can only spend 10 minutes here and there. In these cases, Prolific is one of your best options to make money online with surveys.

The fee (or ‘reward’ as it’s called on the site) varies for each survey according to the length. I would say the average is about £1 for about 10 minutes. The shortest survey I’ve had was 20p for just 1 question!

Prolific also have a referral program. If a friend signs up using your link, you will get a bonus equal to 10% of their first payment. This is a bonus paid by the company. It doesn’t come out of their payment and is no extra cost to them.

I am using my referral links in this article, so if you decide to sign up using one of my links, thank you 🙂

How to make more money on Prolific

There are a few ways you can increase your earnings on Prolific Academic:

Sometimes you will see an announcement at the top of the page saying that you have screener questions (I think they’ve now moved this to the ‘About You’ tab). Always answer all of these, because many surveys only appear once you’ve answered them! Prolific is the only survey site that doesn’t screen you out, so they have to make sure you’re eligible before they offer you a survey.

After doing the screener questions, check back to your dashboard immediately because new surveys sometimes appear straight away.

Check back often. Many surveys only need a small number of participants, and it’s first come, first served. So if you see one you like the look of, jump in straight away! It might not be there if you come back later. I like to leave Prolific open in a separate tab whenever I’m doing other stuff online, so I can check in every half an hour or so. There is also a browser extension you can install that will give you a notification when there’s a new survey. 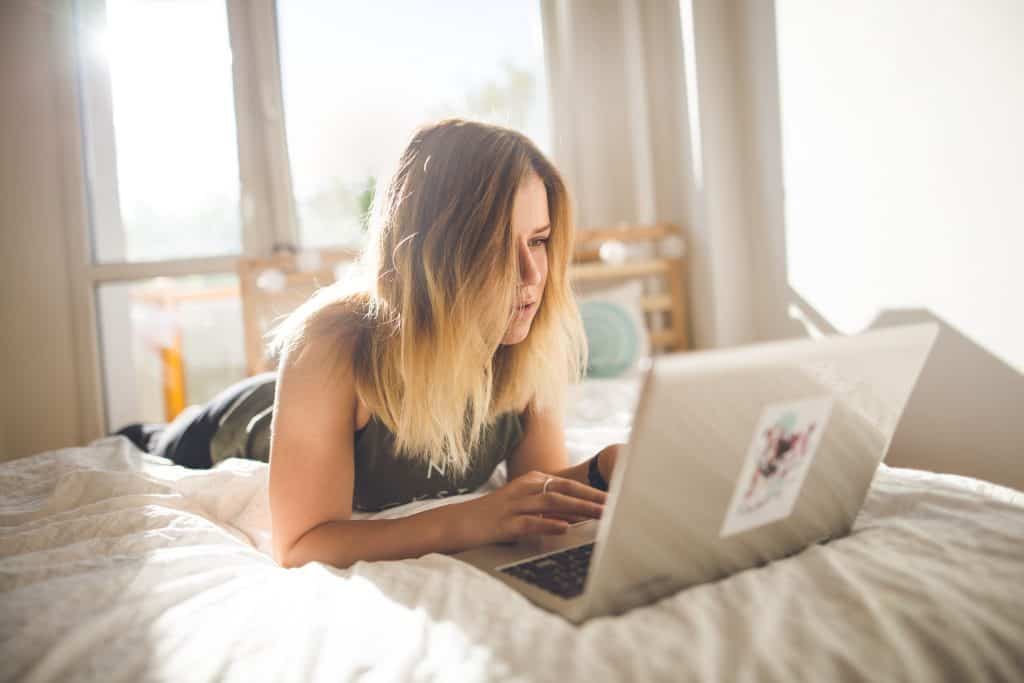 Also, check Prolific throughout the working day if you can. I work office hours, Monday to Friday, so I usually check the site in the evenings and weekends. I usually just get two or three surveys a week this way.

However, the other day I had a random mid-week day off work. I checked Prolific in the morning and did four surveys in an hour! So if you are at home during usual working hours, you may have better luck finding surveys then.

Final point: pay attention! Prolific surveys are being used for scientific research purposes, so it’s very important that the results are accurate. Prolific often has trick questions to make sure you’re paying attention (just things like ‘type ‘blue’ in the next box’). If you get these wrong, your survey will be discarded and you might not get paid.

Exciting 2018 update! If there was one problem with Prolific Academic before, it’s that it was a little hard to navigate on your phone, so I couldn’t do surveys on the go. Now they’ve added a new feature which lets you see some surveys on phones and tablets! I love it!

Who can use Prolific?

Anyone from the above countries can join, as long as you have a phone number and email to verify your account.

Of course, many surveys will only be applicable to users from certain countries (and other demographics), so the amount of work available may vary for different users.

Prolific is based in the UK but academics from universities all over the world use it for their research. This means there is always an interesting variety of surveys.

How does Prolific pay?

You can receive your Prolific payments by PayPal or Circle. Circle is a new alternative to PayPal. It works in a similar way. One bonus is that it has lower fees!

The payment threshold is just £5 on Prolific Academic. Since many surveys pay so well, you can probably reach this after just 2 or 3 surveys, if you’re lucky.

I like how Prolific gives us the choice! Sometimes we just need cash quickly and are willing to pay the fee. Personally I like to save the money in my account for as long as possible.

You can also choose to donate your earnings to charity, if you choose.

Prolific is definitely the best paying, most interesting and least frustrating survey site out there. It’s the only one I use regularly!

Of course, all survey sites can be inconsistent and you shouldn’t rely on them for a regular income. But if you’re looking for a way to make extra money online doing surveys, Prolific should be your first stop. 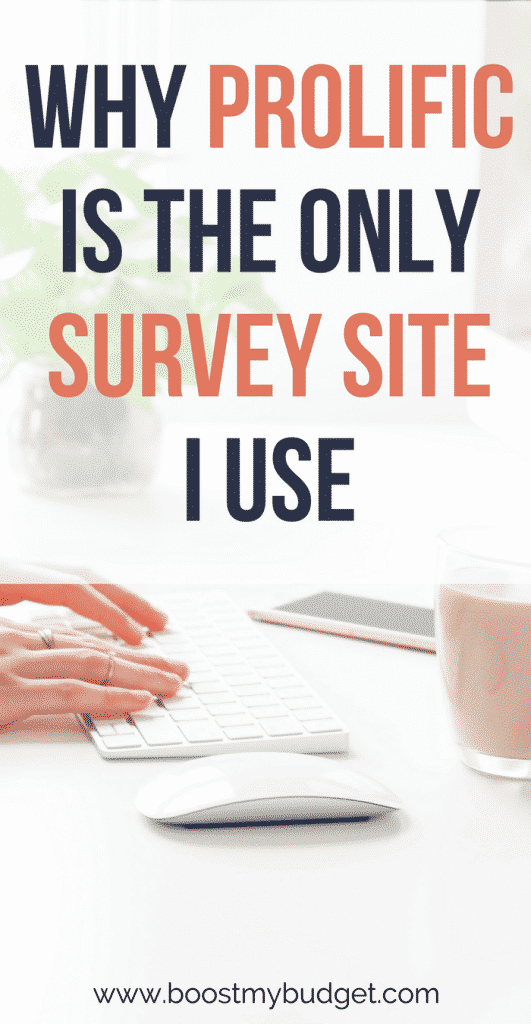 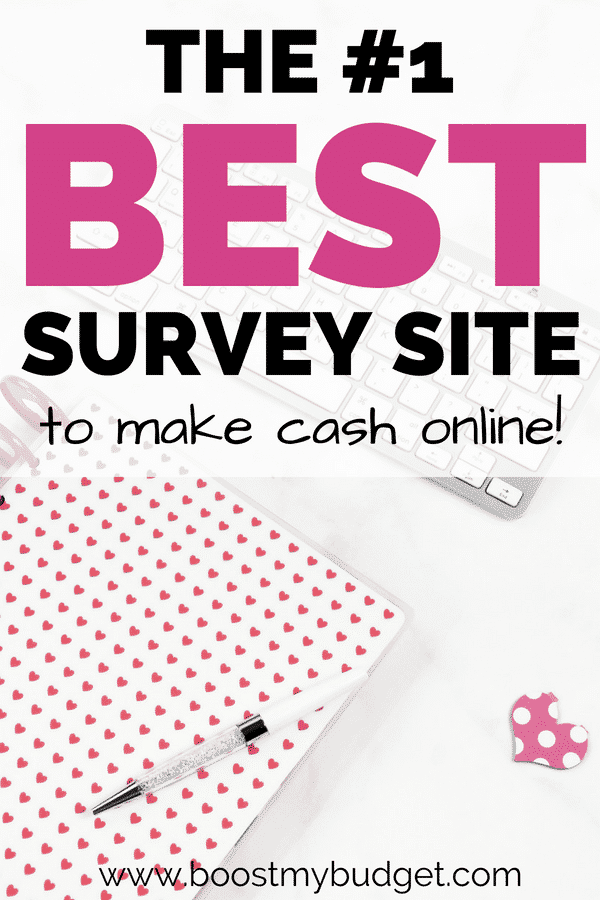