Did you know the pound coin is being replaced?

I didn’t, until very recently! I was kind of shocked. I do check the news every day (well… most days), but somehow this had completely passed me by.

The good old British pound coin, which has been in use for over 30 years, is being phased out as of this March. You won’t be able to use it at all from October 2017!

It’s being replaced with a snazzy new 12-sided and two tone design. The new coin will have a gold ring around the outside and a silver middle. Basically it will look like a kind of squashed up two pound coin.

It will be a little bit bigger (diameter-wise) than our current coin, but will be thinner and lighter.

The Royal Mint will also release newer versions of other coins this year, including a £2 featuring Jane Austen and a 50p with Sir Isaac Newton. The £1 is the only coin which is changing its shape, though. The new £1 will have a portrait of the Queen.

Why are they changing it?

The main reason for the change is to prevent forgery.

Apparently one in thirty £1 coins in circulation today is a counterfeit! That’s a crazy amount.

The new coin has several features that will make it harder to forge, including the shape, hologram-like image, micro lettering and one top secret ‘hidden high security feature’ which the mint are not sharing with us!

What do I have to do?

The new coin will enter circulation on 28 March 2017 and you can use both new and old until 16 October 2017. From 16 October you will not be able to use the old pound coin in shops. However, you will be able to exchange them at your bank.

Consumers do not need to take any particular action, but I personally will be trying to get rid of any old pound coins as soon as possible once the new one is launched, just to save myself the hassle of having to take them to the bank after October.

This also might be a good time to go through your piggy bank or any random collections of loose change you have piling up! Take them to a Coinstar or pay into the bank.

If you run a shop or other business where you deal in currency or operate coin-handling equipment, you will want to visit the Royal Mint site for more information for business owners.

You can read more about the new pound coin on its official website here. 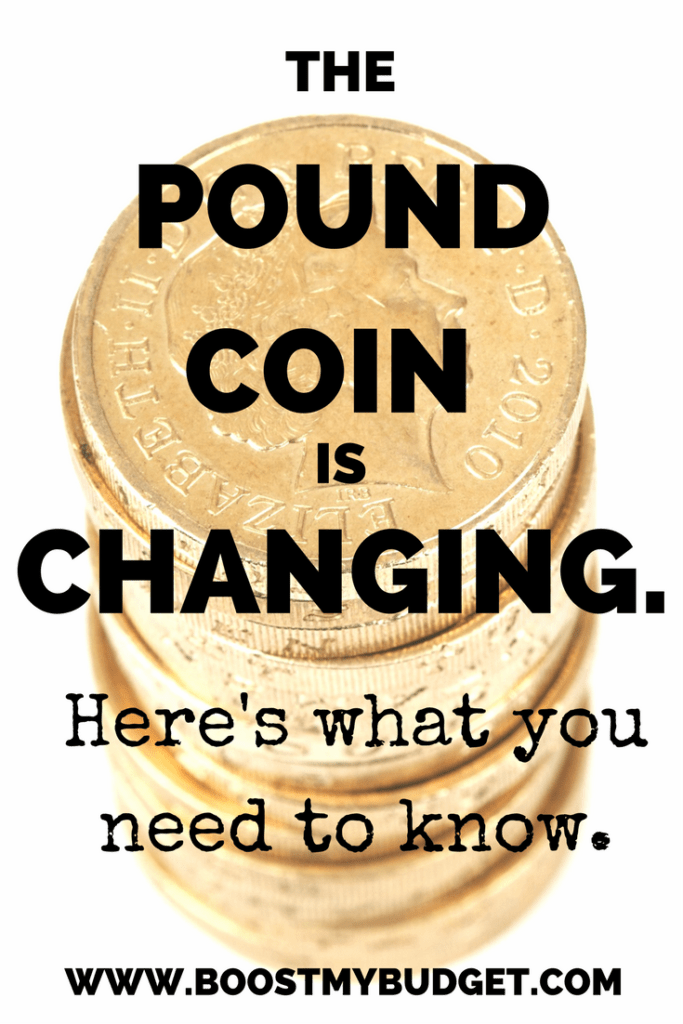 2 thoughts on “The Pound Coin is Changing… Soon!”