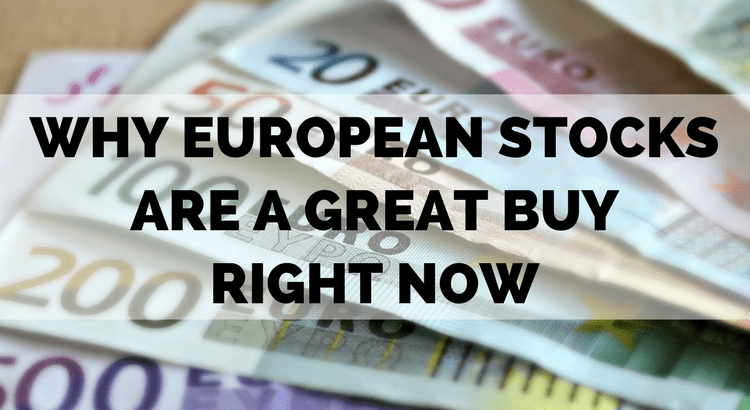 If there’s one thing I’ve learned from my recent attempts to educate myself about personal finance, it’s that investing in the stock market is essential if you want to grow your money. I’m still a total newcomer to the world of investing myself, but it’s something I’m always trying to learn more about. That’s why I’m pleased to feature a guest post from Troy from MarketHistory.org on his investing recommendations.

*Disclaimer: I am not a finance professional and nothing on Boost My Budget should be taken as a substitute for professional financial advice!*

With interest rates around the world at all time lows and real estate near all time highs, a lot of investors do not have good places to invest their money. And although saving money is important because you need to keep your finances under control in order to achieve financial freedom, one should not disregard the importance of investing as well. Only through investments can you truly grow a sizable nestegg.

A lot of investors are cautious about the stock market because its valuation is rather high compared to the past 40 years. However, this is not a real problem because European stocks are still a great buy.

A lot of American investors and hedge funds are plowing money into European stocks right now. Their reasoning is simple: European stock indices such as the UK’s FTSE 100, Germany’s DAX, and Russia’s MICEX will outperform the U.S.’ S&P 500 because these indices are relatively undervalued compared to the S&P. Although I agree with this reasoning, this is not the foremost reason why non-U.S. indices will outperform the S&P in the coming years. Here are a few more important reasons to buy European stocks instead of U.S. stocks (primarily stocks from the UK and Germany).

Europe’s political risks are almost over

Ever since the UK voted to leave the Eurozone last year, there have been fears that other European nations would leave as well. This would result in the dissolution of the Euro and EU. This fear was magnified by Trump’s win. For the first time in 80-something years, it seemed as if right wing populism would take over governments around the world.

These worries weighed down on European stocks. The dissolution of the entire EU would lead to a significant short term economic contraction in real terms (not nominal) for all of Europe.

On April 23 we have the French election and in late-August/early-September we have the Germany election. In the past few months there was a big scare that Le Pen, France’s right wing anti-Euro candidate, would win the election.

The right wing party failed to win the Netherland’s election last month. This showed that apart from the UK, Europe is more left than the polls show. With the election just week’s away, Le Pen has virtually no chance of winning. Right now it seems that Merkel will win Germany’s election as well.

With Europe’s problems mostly out of the way, this long term bearish factor for European stocks will disappear within the next few months.

European economic growth will be stronger

The EU has just climbed out of a long and shallow period of economic contraction that lasted from 2012-2016. The economy always grows the fastest when it’s just coming out of a bottom. While the U.S. economy has been growing for years and is more than 2/3 of the way done its economic expansion cycle, Europe has just started to grow in real terms again. This means that European economies have a lot of room left to grow and will do so at a much faster rate than the U.S.

Euro is going up

Both of these concerns have disappeared. Wage inflation has risen strongly over the past year and commodity prices have since rallied from their bottoms.

The U.S. economy is in the last stage of its economic expansion cycle, and it’s clear that inflation has started to go up all around the world. The inflation rates in the UK, Germany, Brazil, U.S., Australia etc have all risen noticeably since late-2016. When inflation rises significantly, the USD always goes down historically. This means that non-USD currencies like the Pound and Euro appreciate. Hence, assets denominated in non-USD currencies like the Pound and Euro will do better than assets denominated in the U.S. dollar.

Inflation is good for stocks nominally

I should also point out that Brexit has caused a significant uptick in UK inflation. The Pound has crashed post-Brexit. Since the UK has a negative balance of trade (i.e. it imports a lot of goods), a depreciating Pound results in an increase in the nominal prices of consumer goods for the UK. This means that nominally speaking, corporate sales in the UK are and will continue to go up, which is bullish for the nominal value of stocks.