The following article was contributed by Simon from Financial-Expert.co.uk, a blog which helpfully groups its articles together into bundles which it calls free investing courses.

This is a fantastic story of how Simon made a huge profit on a new online investment platform. And while that particular opportunity might be closed to newcomers, he shares some valuable lessons at the end of this post that we can apply when we come across a similar situation.

This is a story of opportunity

This article will tell the tale of how I made £5,000 in 9 months by exploiting the teething issues of a new investment platform.

As you will learn, the technique I used was completely legally and complied with the letter and spirit of the T&Cs of the investment service.

The special sauce is in how I responded to the opportunity which appeared in front of me, compared to the hundreds of other users who did not take advantage. 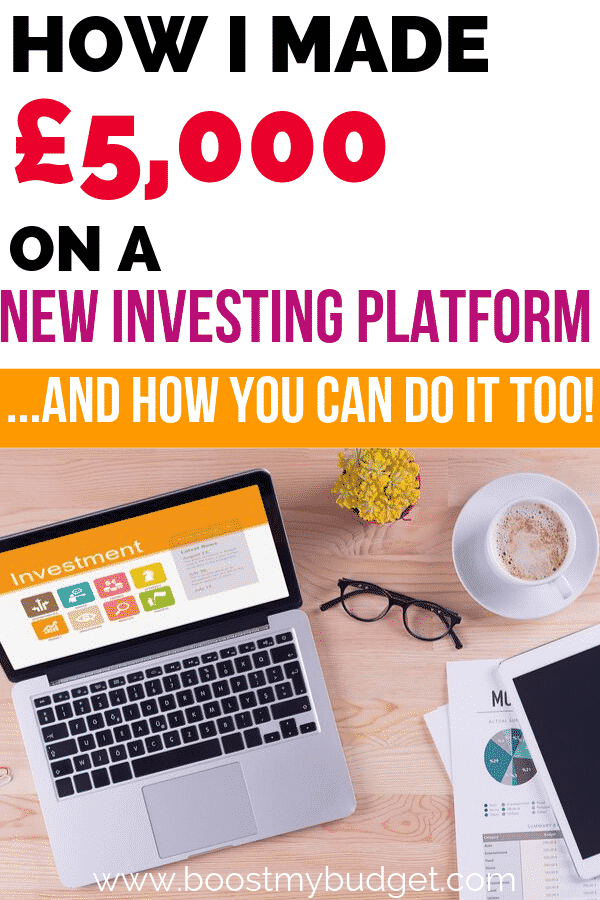 In 2015 Property Partner launched. PropertyPartner is an ambitious crowd-funding platform that allows investors to directly buy a share of real properties.

The properties are managed by agents of PropertyPartner. They provide a cash return into user’s accounts as rent is paid (after costs such as maintenance, agents etc).

For the record, I have no ongoing relationship with PropertyPartner, nor is this article a recommendation of the service.

As a non-homeowner, the concept was very appealing to me. I excitedly opened an account with £5,000 and proceeded to subscribe to a couple of the early properties which were listed on the platform.

At this time, the company was actively marketing itself, but well-heeled users were arriving only gradually, therefore these properties took a few days to reach their funding targets.

6 – 8 weeks after the funding closed, the property transaction completed and I was now the happy owner of 0.5% of a couple of properties in London. Wahoo! Does that count as being a home-owner?

The opportunity: the secondary market

As an invested landlord on the platform, there isn’t much to do. The hands-off nature of the platform is actually part of the appeal.

Exploring the website, I noted that there was a secondary market – a space for users to sell their shares to each other after a property had funded. The market was a feature that had only just been rolled out. 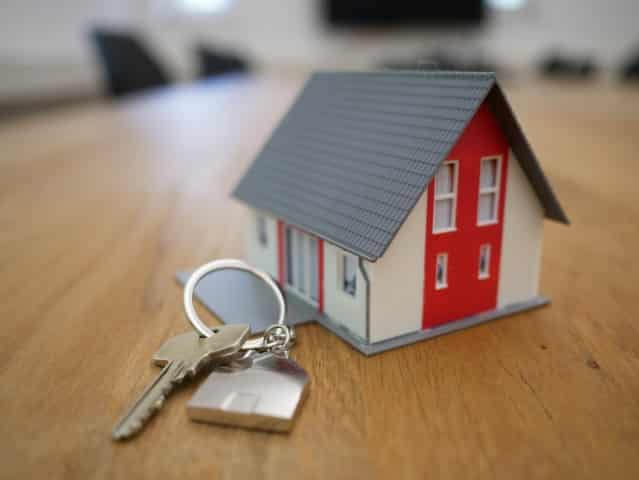 This was useful because it enabled investors to exit the platform early, and allowed new users to choose from a huge basket of properties when they signed up, rather than just the few that were currently funding.

My first brainwave occurred. I thought, ‘I might as well place an order to sell at a premium. If someone wants to buy my shares off me for 15% more than I paid for them a couple of months ago, they can be my guest!’. So rather bizarrely, I created a sell order at a silly price and submitted.

To my surprise when I logged in a few days later, I was a landlord no longer. Sat in my account was simply a pile of cash. A buyer had accepted my offer at the hiked price.

What I had discovered is that PropertyPartner were sourcing properties at cracking discounts. They could do this because they are a cash buyer, and they could buy whole blocks of apartments at a blistering pace. At the prices they were sourced, a 15% mark-up could be applied and these would still look reasonably attractive to investors.

If you put yourself in my shoes – what would you have done next?

I piled heavily into the latest properties that were open for funding, provided that they had been sourced at a steep discount.

Having made my bet, I then sat on my hands for another 6 – 8 weeks for the transaction to complete and for my second batch of properties to begin trading on the secondary market.

When they went live, I repeated the premium-pricing trick, and achieved a similar result.

What was actually happening was the market was suffering from an extreme lack of supply. Because all investors had only just become landlords – few were even considering the prospect of selling and withdrawing their funds.

On the other hand, new investors were arriving on the platform every day, which provided demand for shares. Given the limited number of properties on the website at that time, these newbies were keen to buy a bit of everything to diversify themselves. It was the perfect storm for higher prices.

It took a few days to sell out of my £30,000 position – this was still an obscure platform on the web, and we were all guinea pigs of sorts, so £30,000 of sales was a significant value in the secondary market.

This was all the evidence I needed that I should commit another £20,000, taking me up to a maximum investment of £50,000 (the greatest amount I could afford to lose). 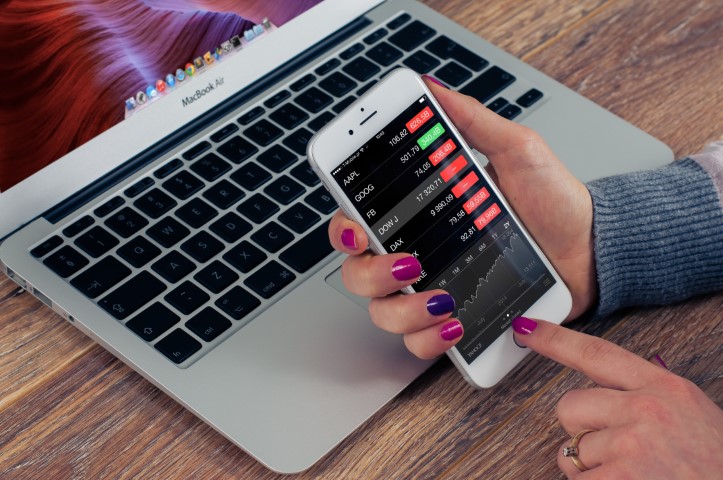 This happy cycle continued about 4-5 times. As a result, I earned about £5,000 in windfall profits over a nine-month period. The average funds I had invested in the account across that period was approximately £30,000.

Like all good things, this opportunity came to an end. More investors wised up over-time, and I imagine that some investors needed to sell their investments for ordinary life reasons.

As this happened, I began to see my sales prices being undercut by sellers. Anyone playing the same game as me had one fear – being trapped with a huge sum in an unpopular property. Therefore our keenness to sell quickly worked against us as we battered prices down in an effort to be the best offer.

Selling prices eventually fell to cost price. The market had finally found its natural harmony. I withdrew my funds and waved goodbye.

First, you must act

You may be sat there thinking, ‘This is useful information to a time traveller, but given that I cannot go back to the founding of that particular website, what can I take from this story?’.

You are not as alone as you think – I am right there with you. I too, as much as I’d like, cannot go back in time either.

You and I are both now back on the hunt for another windfall opportunity. Now you’ve heard my story, we are both on equal footing!

The same opportunity that I took advantage of, was staring hundreds of other users squarely in the face. Yet did they do more than face an eyebrow at the apparently high selling prices?

The vast majority did not do anything about their idea. They didn’t convert the moment of inspiration into action. This is what we need to be prepared to do the next time we see the glint of a money-making opportunity.

The second lesson is about the rewards of really putting stock behind your aspirations and entrepreneurial pursuits.

I could have ‘tested the water’ on my idea for months with small investments of a few hundred here and a few hundred there. It would have been low risk and low return. Due to the short window of opportunity, this would have yielded me very little.

The only reason there is a huge figure in the title of this article is that I went all-in. I saw a gap, I was aware of the competition, and I gave 100% of what I had to leverage it whilst I could.

This has many parallels with every other entrepreneurial opportunity you may encounter:

Please leave a comment if you have also created your own luck and generated windfalls as a result of looking at something in a different way to everyone else!

About the Writer: Simon writes for Financial Expert. Financial Expert hosts totally free investing courses which teach core topics like how to invest in property, to beginners at a casual pace. 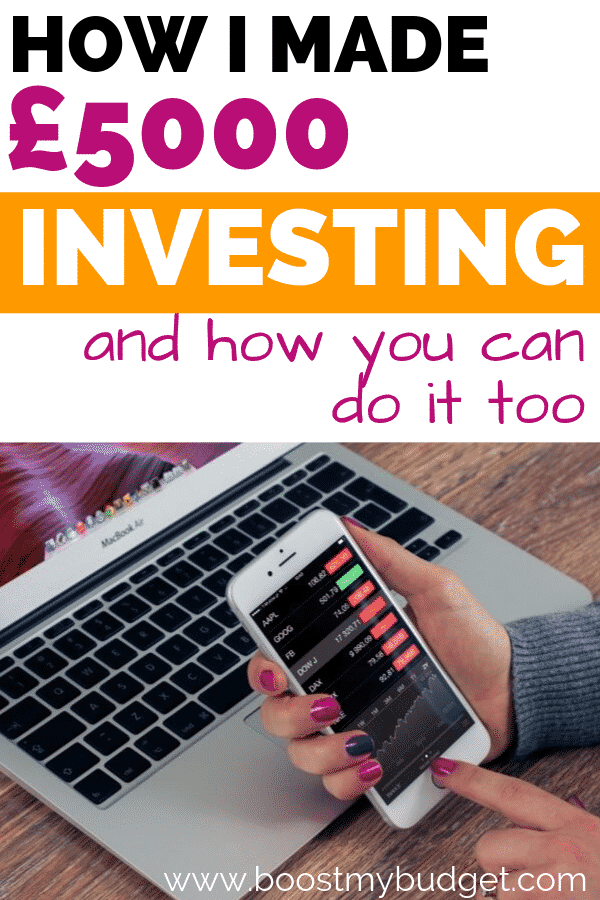