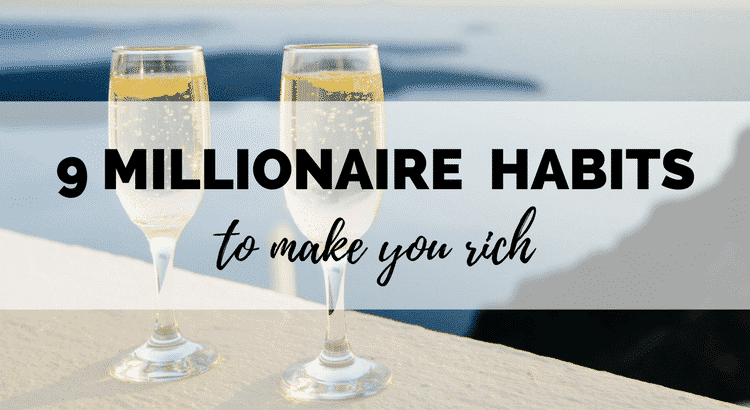 This post contains affiliate links. That means that I may make a commission if you make a purchase through one of my links. Thank you for supporting my site!

The lifestyle just seems so unreal. Some of these people live in a completely different world!

🇬🇧 Want to make extra cash in the UK? 🇬🇧

Well, I read The Millionaire Next Door last year and it made a big impression on me.

The big thing I learned from this book is, a lot of millionaires – maybe the majority – don’t live the super-lavish, rich-kids-of-Instagram lifestyle we imagine.

In fact, most of them live a simple, surprising frugal life.

It’s habits like good financial education, budgeting and even frugality that helped them build their wealth in the first place.

I started researching the frugal habits of millionaires to see what secrets we can take away.

Here are 9 surprising money habits of millionaires, partly inspired by The Millionaire Next Door and partly from my own research.

See how many of these habits you can adopt to start building your own millionaire lifestyle!

1. Live below your means

Most people adjust their spending habits to match their income. They get a pay rise, and they immediately start booking nicer holidays or looking for a flashier car.

That’s called ‘lifestyle creep‘, and it’s the enemy of wealth.

It’s also why 40% of professional footballers end up filing for bankruptcy after retirement.

If you always spend a high proportion of your salary, there’s not much left to save or invest. And when your income dries up, there’s nothing left to support you.

Most of the rich people featured in The Millionaire Next Door live a relatively frugal lifestyle even as they start making more money.

This means they can save or invest the difference – which eventually leads to millions in the bank.

This is so important that a whole section of The Millionaire Next Door is devoted to it!

The average car depreciates by up to 60% in the first three years. That means people who insist on having a brand new car are paying a huge premium just for the knowledge that nobody used it before them.

Savvy millionaires might be able to afford a new car, but they understand that it’s just money down the drain. Buy a car just one or two years old and you can save several thousand on a vehicle in almost perfect condition.

This is also linked to lifestyle creep, but it deserves its own point because housing is one of our biggest costs.

Instead, they care about saving money to build real wealth, so that they can retire early, create a secure lifestyle for their families, and earn financial freedom.

A smaller home has the obvious benefit of a smaller rent or mortgage. But in addition, you’re likely to spend less on tax, insurance, renovations, upkeep, and all those other things.

Choosing a house that’s cheaper than you can afford is one of the best financial decisions you can make. 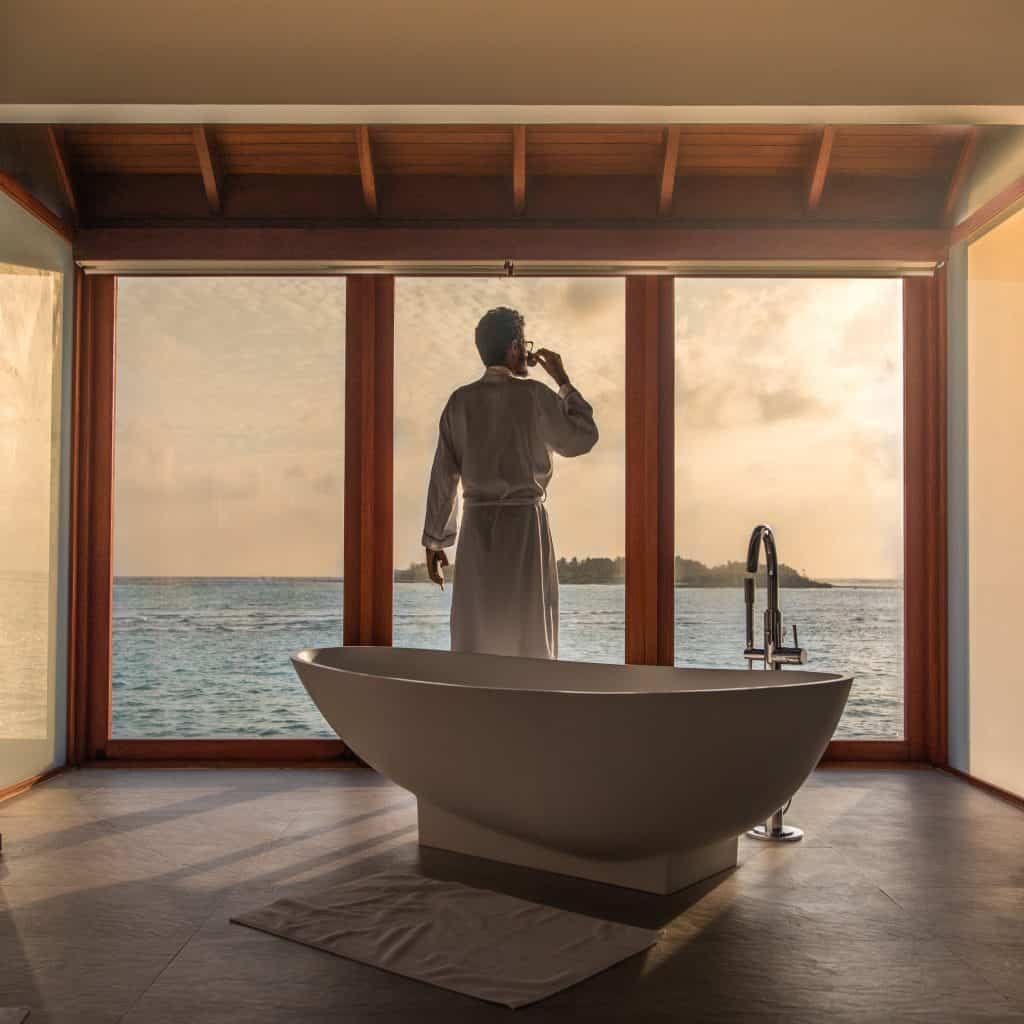 4. Have multiple streams of income

Apparently, 65% of self-made millionaires have three streams of income. 29% of millionaires have five or more. The most common include dividend income, real estate rental income, royalties, capital gains, income from businesses they own, and interest on savings and bonds.

Having multiple streams of income means more money coming in to save and invest. And it’s an extra layer of protection for if things go belly-up at your day job. Millionaires rarely rely on just one income stream, because they know it’s a risk.

Even if you don’t have the cash flow to start property investing or buying a business right now, you can still start a side hustle. Try freelancing, blogging, even dog walking or babysitting to get that extra income flowing in.

The average millionaire might be surprisingly frugal, but they have no problem spending money when it’s going to benefit them in the long run. One example is outsourcing tasks that aren’t a productive use of their time.

Time is more valuable than money, especially when you have a high earning power. Wealthy people have no problem outsourcing chores like cleaning or household maintenance, because they know they could make more money in that time than they’ll spend paying someone else to do it.

Even if you can’t afford a cleaner or personal assistant right now, look for time-saving and money-saving hacks, such as batch cooking or setting up automatic payments for bills and savings.

6. Spend time on self improvement

Successful millionaires understand that education doesn’t finish when you leave school. One reason for their success is they invest time and money in education.

Apparently, most CEOs read an average of one book per week. Compare that to the general population, who read just two or three per year. Warren Buffet recommends reading 500 pages each day, and states that knowledge ‘builds up, like compound interest‘.

If that sounds like too much, try an Audible subscription to listen to unlimited audio books. You’ll be surprised how many books you can get through if you listen on your commute or running errands.

This one is two-fold. Firstly, clothing is one of the biggest sections of the average family’s budget. Keep clothes simple and you save money.

Secondly, it cuts down on decision fatigue. Did you know our brain is only capable of making a finite number of decisions each day? Don’t spend valuable time and decision-making energy on your wardrobe.

Famous fans of this theory include Barack Obama, Mark Zuckerberg and the late Steve Jobs. They’re all known for wearing basically the same outfit every day, saving their mental energy for the big decisions.

If you are new to personal finance, you might be focused on saving money. Maybe you save a certain portion of your income each month and transfer it to a separate savings account.

That’s awesome! But it’s not enough to make you rich.

Of course, a cash savings account is very important. You should aim to have several months’ expenses in an emergency fund so you can deal with unexpected events without getting into credit card debt.

But the problem with a normal savings account is that interest rates are typically very low, and don’t match inflation over time. This means your money in the bank is actually worth less as time goes on.

Wealthy people know that you have to invest extra cash in income-generating assets, such as stocks or rental property. This means your money will grow faster than inflation and should make you more money over time.

Blogger Michelle from Making Sense Of Cents used to work as a financial analyst for millionaire clients. In this post she wrote that surprisingly, her wealthy clients still loved a bargain. According to a 2012 survey, households with average incomes of over $100,000 are twice as likely to use coupons as low income families.

Perhaps this sense of frugality is partly what helped them amass wealth. There’s also the argument that shopping wisely and scoring bargains can lead to a greater sense of satisfaction with your purchases. 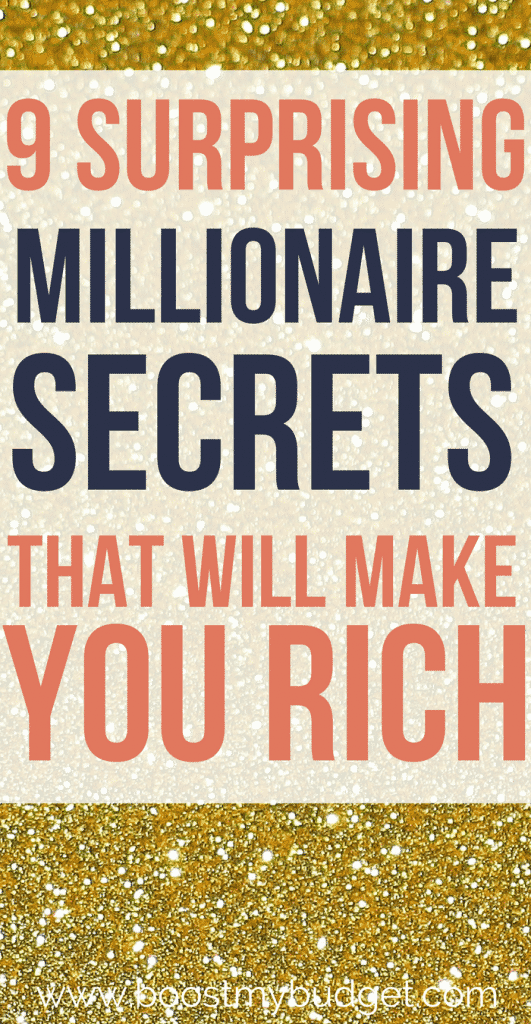