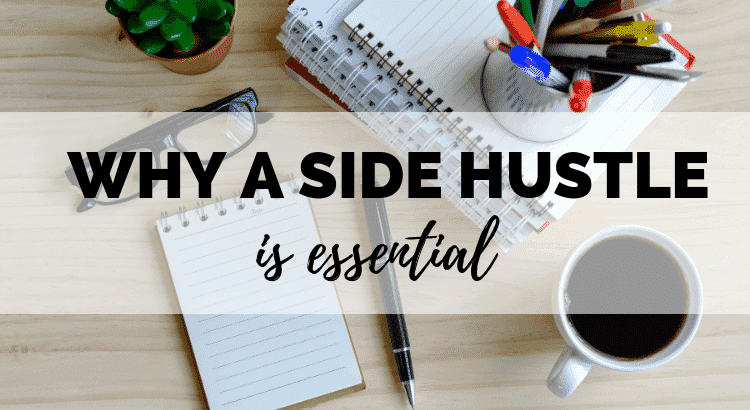 This week I’m sharing a guest post from Perry at Stupid Is The Norm. We talk a lot about side hustle ideas on this blog, but we don’t often talk about why. What difference could that extra cash make to your life?

If you haven’t got in on the side hustle act yet, this motivational post from Perry will inspire you to take the leap! Why not set aside some time this weekend to plan out how you’re going to make more money?

When I got married over 30 years ago, it was possible to pay a mortgage and raise a child on one salary. That’s because we ‘made do’.

We had a 3 bedroomed terraced house and had carpets in only 2 of the rooms – the lounge and our bedroom. No holidays, no car, no nights out (no baby sitter) and no Internet (it wasn’t invented).

A night of decadence was a video from Blockbuster and a curry from Marks and Spencer.

They want their home fully furnished, a car each and at least one foreign holiday per year.

That’s good. I’m a vigorous promoter of ‘getting what you want’.

It does however come at a price. Both parents need to work, and grand parents are expected to fill the babysitting role.

The latest figures from the Office of National Statistics report that in 2017 household ‘savings ratio’ dropped to is lowest level since records began.

It also reports that personal levels of debt has continued to grow since 2015.

When I encourage people to save more, the common response is ‘I’m struggling to keep my head afloat never mind saving more’.

What they actually mean is ‘my lifestyle leaves no room for savings and I’m not willing to compromise my standard of living to save for unlikely emergencies or a retirement that is a long way off’.

Books have been written on the plain idiocy of the last sentence. God knows I’ve blogged enough on the subject to know not to bore you with it here.

However, if you sympathise with the words in that paragraph, then the only alternative should you not wish to retire in poverty, is to generate further income – via a side hustle. 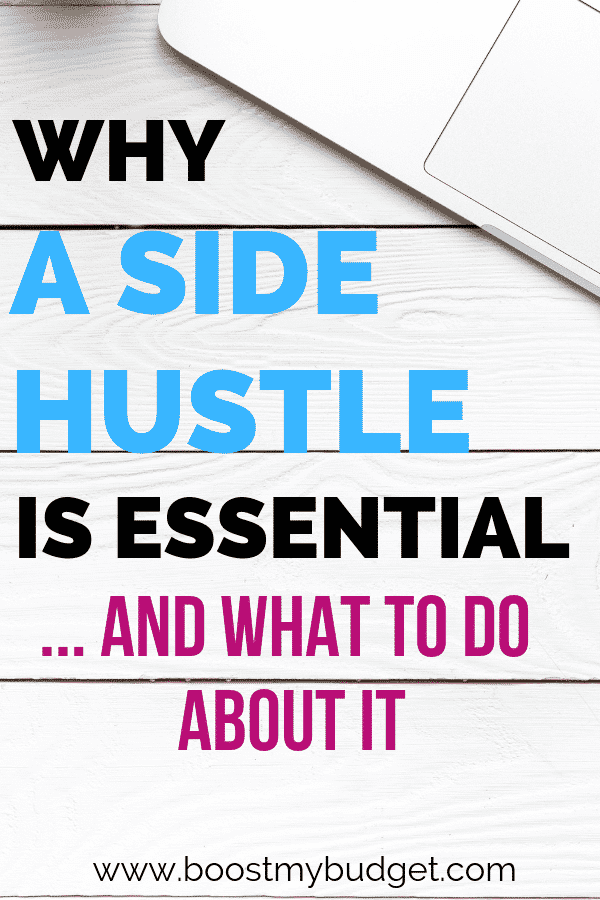 What is a ‘side hustle’? It is any generated income other than your principal source of income (for most people that would be your salary).

If you’re not particularly entrepreneurial, this could be extra paid work such as a part time Uber driver, working in a bar at evenings or hot food delivery. I have a friend who delivers hot food 2 evenings a week and makes £180 cash plus a free supper, for 14 hours work.

If you have a business flair, then you can buy and sell stuff on Etsy or eBay. I have another friend who after only 6 months trading on Etsy has had to open an industrial unit for her stock.

It’s possible to place bets on sporting events where you’re guaranteed to win. It’s called matched betting. For a couple of hours per night on your laptop you can make £200 per week relatively easily. I have yet another friend (count ‘em, there’s 3,) who 2 months ago made £8000 doing this.

Not for you? Okay, how about completing online surveys or being a secret shopper?

There really is no lack of opportunities for those who are willing to make the effort.

And right there, is the crux of the problem. Right there is why so many people don’t have a side hustle – it requires effort. And most people believe that 40 hours per week is effort enough for anyone.

Everything comes at a price but most people aren’t willing to pay the price.

Most people are happy to wonder at the success of an Elon Musk without knowing that even NOW he sleeps on the couch in his factory because he’s too busy or too tired to go home.

They wish they could be Peter Jones from Dragons Den, who admits he is constantly so stressed with work (and all his money) that if he didn’t get away for just 2 weeks a year he’d have a breakdown.

It isn’t necessary to have a breakdown and you don’t have to run an empire in your spare time to secure the future of you and your family.

All is required is a couple of hours per day doing something that interests, inspires or motivates you to do it.

It is said that fear is a bigger motivator than any incentive, so consider this; what if the rest of your life until the moment you die, was like last Monday was? Is that all you want from life whilst others have so much?

If not, then a side hustle is your escape tunnel. A tunnel to a better life. A new life. A life designed by you.

Do it now. Or at least investigate it now. Today.

2 thoughts on “Why a Side Hustle is Essential [Guest Post]”