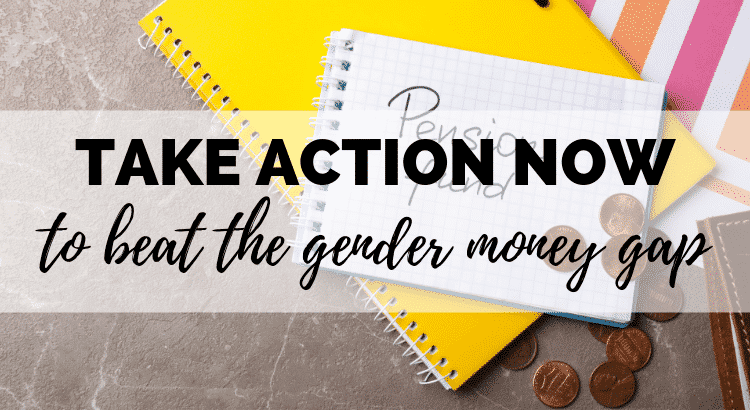 A few months ago I achieved one of my long-term dreams, and became self-employed.

Self-employment has so many benefits! I love setting my own work hours. I love being my own boss. I love how much less stressed I am without a commute or office politics.

But it also has its downsides.

It can be difficult to switch off when you work from home. I don’t get sick pay or holiday pay any more, so I have to be conscientious about putting money aside. And I no longer have a pension plan through my employer.

I especially miss the employer contributions to my pension, which was essentially free money!

Sorting out a private pension has been on my to do list since going self-employed. But I’m ashamed to say it keeps moving further and further down the list.

You know, there are just so many other things I could be doing with my time. And being in my early 30s, it’s hard to feel that sense of urgency about retirement – although I definitely think about it more now than I did 10 years ago!

Women: don’t get left behind

After reading this post from Aviva I realised how important it is to get my pension sorted, especially as a woman.

We all know about the gender pay gap, but I was shocked to learn that women are so far behind men when it comes to saving, investing and retirement planning.

The fact that struck me the most from Aviva’s article is that the average woman’s pension is just one fifth of a man’s by the age of 65. How outrageous is that?!

There are so many reasons for this pensions shortfall, including the gender pay gap, the fact that women are more likely to take time out of the workforce to care for children or other relatives, and the fact that in many partnerships, financial planning is seen as the ‘man’s job’. This last point can be especially damaging to women in the case of divorce or separation who are left without assets in their own name.

One issue that I think should be more widely known is the fact that you have to make 35 years’ worth of National Insurance contributions to get a full state pension. Until recently, I had no idea – I thought the whole point of the state pension was that it was there as a safety net for people who don’t have their own resources.

Of course, this problem also disproportionately affects women. While you’re working, you’ll be paying National Insurance automatically. But anyone who takes a career break to raise children or care for a family member is probably missing out on their NI contributions.

You can make voluntary contributions to bridge the gap, or you can make your own private arrangements. You can also get NI credits by registering for child benefits. But of course, there are still lots of women who fall through the cracks and end up with less than they should in retirement.

Although this article was a little shocking to read, I’m glad I came across it. It’s made me realise that I really need to get a move on with the whole retirement planning thing!

I strongly consider myself a feminist, and I’ve written before about how important it is as women to take charge of our own financial situations.

So how could I neglect to take care of my own future in this way?

January is a great time to set goals and resolutions. So I’m taking part in Aviva’s #Planuary campaign, which encourages women to set a financial pledge for 2019.

My pledge is to sort out my pension situation – before it’s too late!

Specifically, I will open a private pension and set up regular monthly automatic payments. I will also track down my workplace pensions from previous jobs and look into consolidating those into one pot, to simplify things.

And since I am still in the early days of self-employment and my income is growing, I will review my pension contributions after six months and see if I can increase them.

How about you? Will you set yourself any financial goals this #Planuary?